All legal services are deemed "Essential" and as such we have remained open for business to handle all of your legal needs.

Would you like to switch to the accessible version of this site?

Don't need the accessible version of this site? 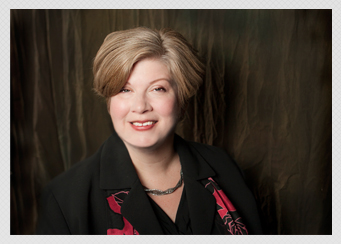 Annemarie E. Kill is a principal partner with Avery | Kill, LLC, focusing her practice in the areas of family law, QDROs (Qualified Domestic Relations Orders), QILDROs (Qualified Illinois Domestic Relations Order), and employment law. She is admitted to practice in Illinois and before the U.S. District Court for the Northern District of Illinois, the U.S. Court of Appeals for the Seventh Circuit and the U.S. Supreme Court. She is also a member of the Federal Trial Bar. She has tried many cases, including both jury and bench trials.

Annemarie successfully represents clients in both family law and employment law matters, and has received extensive recognition in both fields. She was repeatedly selected by her peers as one of the Top 50 Women Illinois Super Lawyers and repeatedly selected as an 'Illinois Super Lawyer.' Published in Chicago Magazine, Super Lawyers are the top 5 percent of Illinois lawyers as chosen by their peers based on a survey of more than 55,000 attorneys from across the state. She has also been repeatedly named an “Illinois Leading Lawyer” by the Illinois Leading Lawyer Network and one of the 'Top 100 Women Consumer Lawyers' in Illinois. She has also been repeatedly selected as one of the 'Best Lawyers in America' which is published by U.S. News and World Report. Due to her practice focusing on employee rights, the firm has also been named “Law Firm of the Year in Illinois in - Privacy Law” in 2014 by Corporate INTL which recognizes leading legal teams across a number of practice areas globally. In addition to her extensive litigation experience, Annemarie has been specifically trained on the process of collaborative law, an alternative dispute resolution model which is increasingly used as an alternative to litigating divorce cases. She was a past Fellow of the Collaborative Law Institute of Illinois, and member of the International Academy of Collaborative Professionals.

Annemarie is very committed to the advancement of the legal profession. She was elected by her peers to consecutive terms on the Illinois State Bar Association (ISBA) Assembly, which is the policy-making body of the ISBA. She was also appointed to serve on the ISBA Assembly Finance Committee. Annemarie is the former chair of the ISBA Diversity Leadership Council, and the ISBA Women and the Law Committee, and the ISBA Solo and Small Firm Practice Institute. She is currently an officer of the ISBA Continuing Legal Education (CLE) Committee. She has served on the Committee for the Illinois Law and Leadership Institute and the Special Committee on the Impact of Law School Debt on the Delivery of Legal Services, the Diversity Pipeline Committee, and the Young Lawyers Division Section Council. Annemarie is a Fellow of the Illinois Bar Foundation. She was previously appointed to the CBA/WBAI Joint Task Force on Issues Affecting Women as they Age. Annemarie is also a member of the Chicago Bar Association (CBA), the Women’s Bar Association of Illinois (WBAI), and the National Employment Lawyers Association (NELA). She was also a member of the planning committee for “Lawyers United to Help Haiti Rebuild: A Call to Action” which raised over $100,000 after the 2010 Haitian earthquake.

Annemarie has also been accepted for membership in Mensa, which is an international organization of those who score in the top 2% of the population on an approved intelligence test.

She has served as a board member and President of the Board of Directors of the GRANDFamilies Program of Chicago, and is an affiliate member of the American Society of Pension Professionals and Actuaries. She volunteers through the Cabrini Green Legal Aid Clinic, the Center for Disability and Elder Law, and Chicago Volunteer Legal Services. She also provides pro bono services to many legal aid agencies regarding issues related to division of retirement benefits in divorce. Annemarie also serves on the Board of the DePaul University College of Law Family Law Institute and is a member of the DePaul University President’s Club.

Annemarie’s expertise is recognized and she is a frequent author and speaker on family law and employment law matters, most often involving the division of retirement benefits incident to divorce. The following are representative articles and engagements:

Avery | Kill, LLC is located in Chicago, Illinois and serves clients in Cook County and Chicagoland.

Attorney Advertising. This website is designed for general information only. The information presented at this site should not be construed to be formal legal advice nor the formation of a lawyer/client relationship. [ Site Map ]

See our profiles at Lawyers.com and Martindale.com